Sky this morning is once again clear and seeing is also good. There are several beautiful eruptive prominences visible . Finally, returning AR 11035 show some bright faculae near the NE limb but unfortunately, there are no sunspots visible though. The sunspot group had decayed to the point that spaceweather.com called it "sunspot corpse." The region only shows bright faculae but it is still too early to say that no trace os even a small sunspot is visible as the region is still in the Wilson Effect meaning, the group is near the edge of the Sun and that any sunspot group shows only sa "flattened" image. We will know in a day or two if old AR 11035 will get to have a new designated active region number maybe AR11040 if it shows any sunspots at all. 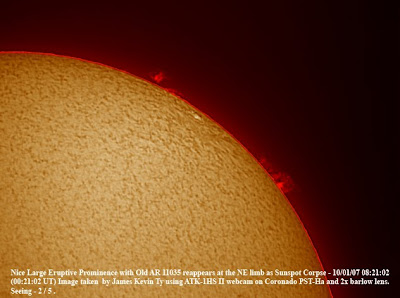 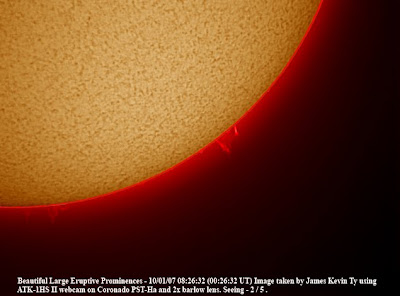