The sky this morning is clear but is unusually hazy and my normal solar image exposures are thrown off by several stops! I would later know that Taal Volcano emitted large amount of Sulfur gases thus making Metro Manila very hazy.  I nevertheless proceeded to image the Sun despite the sky condition. AR2835 Sunspot Group continues to grow in size and structure while another smaller AR2836 Sunspot Group is growing south of AR2835 Sunspot Group.  An unnamed active region in the northern hemisphere is also a joy to view and image in Ha wavelength. I image these 2 groups only through white light, Ha and CaK wavelength. It was the first time for me to do CaK images so I had a hard time getting the exposure right as well as processing because of the smog. Nevertheless, I'm still quite happy with the results I got this morning despite the bad sky condition brought about by the Taal smog. 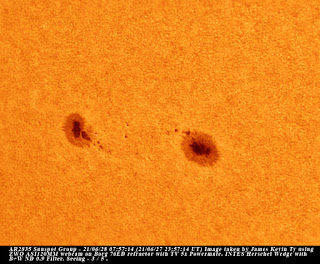 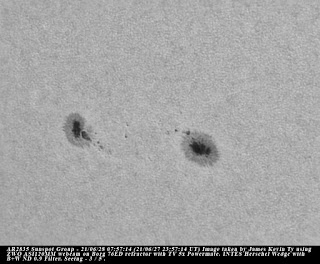 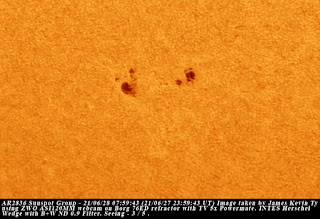 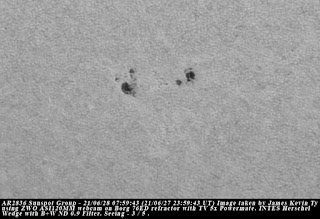 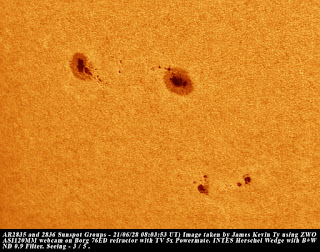 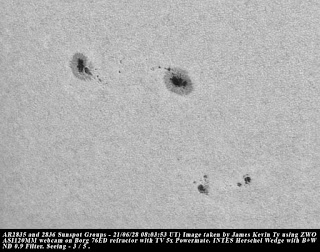 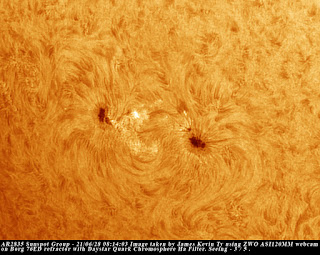 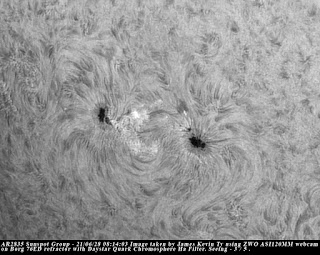 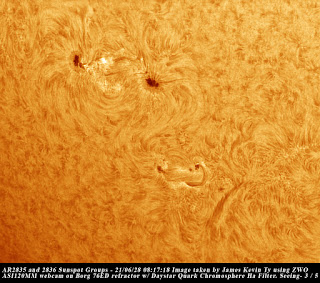 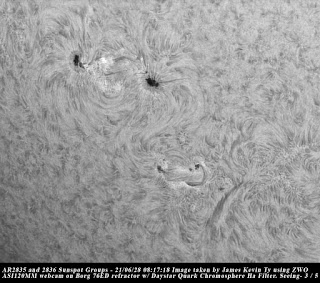 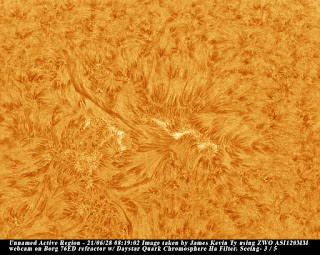 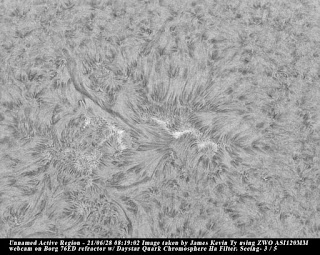 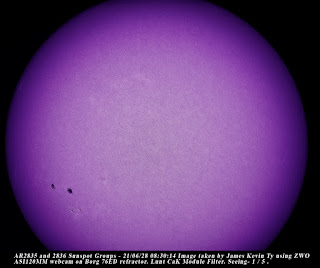 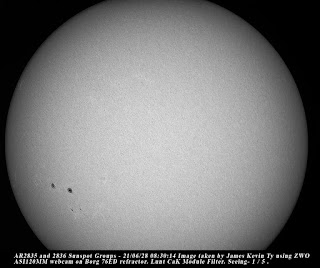 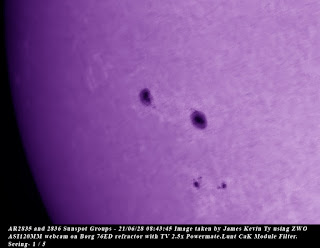 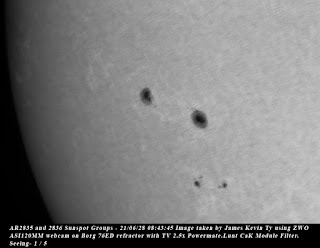