I got to wake up late this morning and hurriedly setup my PST-Ha to check out old Sol. AR 11057 Sunspot Group is still nice to looked at but it was obvious the group is starting to deteriorate on its central core structure the past 2 days. AR 11059 , on the other hand remain quite small but the group is starting to show some small activity in its core and let's hope it will continue to do so in the days to come.

Aside from the 2 groups, a large faint looped prominence can be faintly seen in the SE limb plus some small prominences scattered around the solar limb.

I wasn't able to do solar white light this morning because I'm already late for work :( I hope to also monitor it in white light tomorrow. 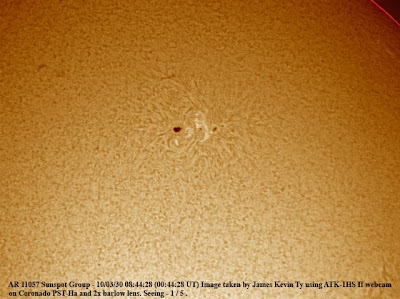 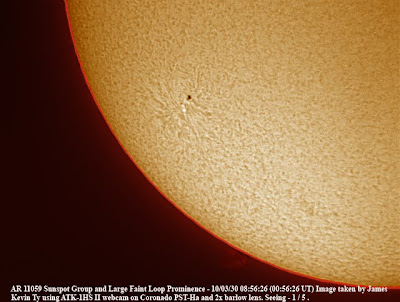 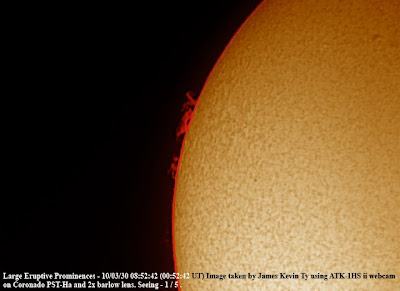