Last April 13 evening, I joined members of the Astronomical League of the Philippines (ALP) to have a deep sky imaging session under the dark skies of Caliraya , Laguna.  It was a simple celebration of ALP in celebration of the International Dark Sky Week as ALP do serious observation and imaging work at our observing site there under dark skies.  Some foreign guests of ALP were also present namely Patrick Schmeer of Germany as well as Sky Wei of China.

The sky was fair although we got some occasional mild drizzle from time to time.  I brought along my usual deep sky imaging setup with ATIK 16HR ccd camera on  Canon EF 100-400mm f/4.5-5.6 IS L lens on Vixen GPDX mount as well as the highly ultra portable star tracker in Vixen Polarie Star Tracker with Canon EOS 500D DSLR with Canon EFS 10-22mm f/3.5-4.5 lens.

I had some difficulty imaging that evening as wind was a bit strong and ruin several subexposures of my LRGB channels when I try to image M8 Lagoon & M20 Triffid Nebula in Sagittarius,  I wasn't able to also get my Blue channel before I got clouded out at around 4:30am thus I could only share the luminance channel of the 2 nebula with slight  star elongation due to strong winds :(  Well, CCD imaging is new field for me so it's  still a good experience for me to still share with with no regrets. But I will try to redo the whole process again next weekend if weather permits and hope to get better guided image.

As for my ultra wide angle image of the Milky Way, I had to play cat and mouse with the clouds whole night as the 10mm is so wise that it is very difficult to get a nice set of frames without any clouds on it :) LOL

Better luck next time I guess :) 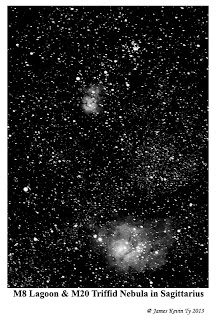 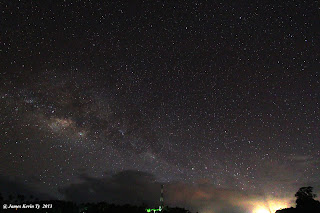 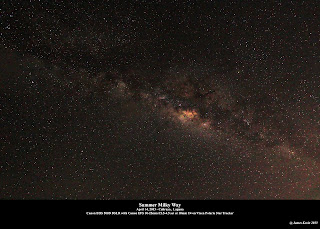 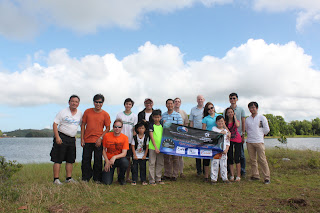 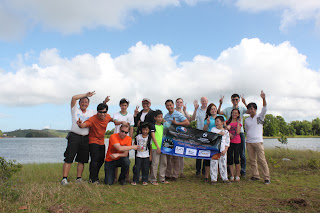