I went again with fellow ALPers to Caliraya , Laguna last April 20, 2013 to do some practice and testing of my CCD imaging setup which was still at infant stage as I tried to do a lot of exposure experiments to gibe me a optimal exposure ratio for either LRGB or RGB.

The sky was a bit hazy and bright die to the Waxing Gibbous Moon which we all expected to encounter before the said trip.  We intend to image Comet PanSTARRS C/2011 L4 before dawn as well use the small window after moonset at around 1:38am to do some deep sky imaging work while waiting for the comet.  Unfortunately, we encountered seeing a Moon Halo which for me spells bad for the session as there are high clouds that evening,  With that on hand, I wasn't expecting anything good to come out of it as lots of clouds and haze were ruining our chances to get some decent shots of deep sky objects,

While waiting for the clouds to break up, there were some small window of opportunity for me and others to view the Summer Milky Way in between clouds but still, most of us had no regrets over the session.  At around 3:30am, a small opening for me to once again retake Lagoon and Triffid Nebula so I quickly set up my portable Kenko Sky Memo star tracker with ATIK 16HR ccd camera and started to image them.  With weather not that good, I opted to take short exposures to try to get as many RGB using 2x2 binning so that I will leave the rest of the clear sky time to image in luminance channel.  But once again.  I got frustrated as I wasn't able to complete my RGB colors as sky was already bright before I could get the blue channel :(  Oh well, maybe next time again. .As for comet PanSTARRS, clouds in the NE horizon once again prevented us from seeing the comet.  To compensate for the lack of deep sky objects imaged, I was able to get a nice pre sunrise shot which shows a cloud pattern that resemble Orion Nebula and Horsehead Nebula :) LOL

After a short rest and sleep, the group took the customary group shot before we passed by McDonald's Los Banos to had our breakfast and went home.  I do hope to get more productive image data next session :) 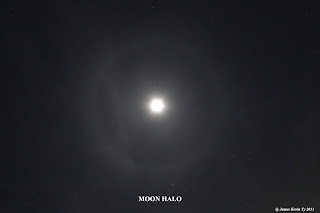 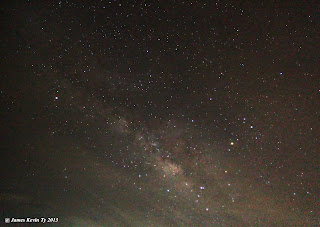 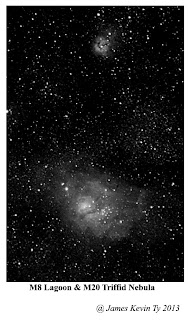 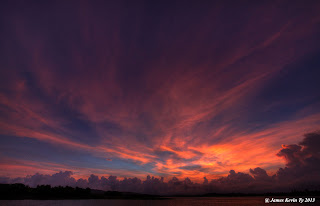 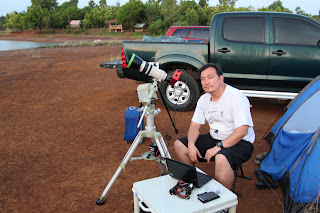 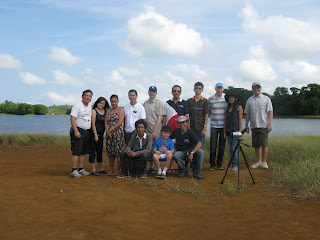