The sky this morning is clear and seeing condition is very good. The rising Sun has shifted now back to the NE thus letting me image the Sun in the morning rather than in the afternoon. No sunspot regions visible on the Sun's disk.  There are 3 prominent eruptive prominences in the NE, SE and SW limb. The one in the SW is huge and beautiful while the one in the NE limb is huge as well but slightly dimmer.  The NW large prominence might become bigger tomorrow from what I view on this prominence.  There is also a long dark filament near the northern disk area. 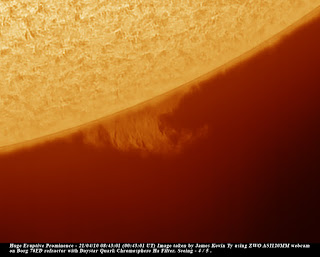 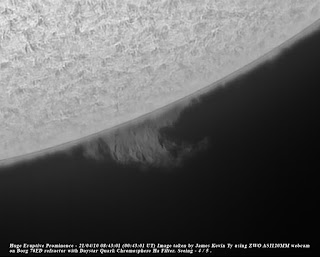 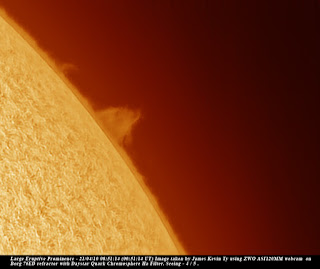 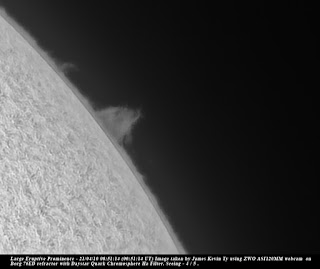 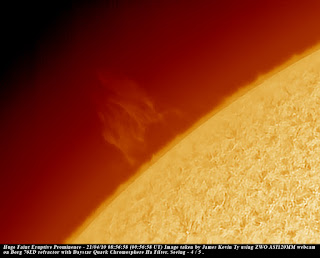 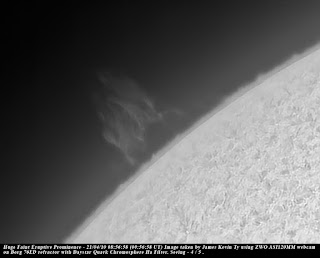 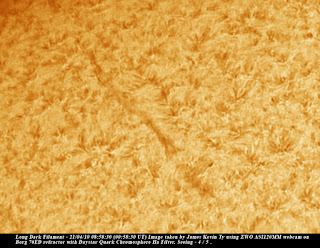 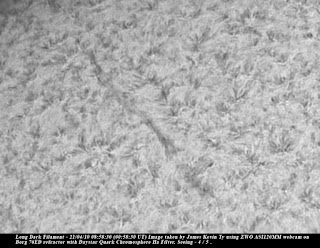