The sky this morning is partly clear but I proceeded to setup  my solar session as I want to image the returning AR2817 Sunspot Group which is now designated as AR2822 Sunspot Group. The group is slightly active and shows some nice solar activity inside its core.  The developing active region is still visible near the center of the Sun disk but has not develop yet any sunspots.  Its long dark filament is no more clearly visible. There is also a beautiful , long but faint ejecting prominence visible in the NE limb. Several smaller prominences are also visible around the Sun's limb but I wasn't able to image them anymore as it got clouded out. 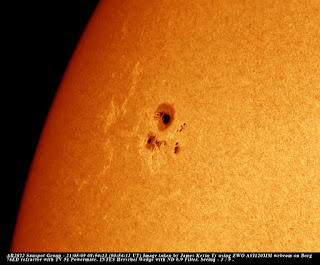 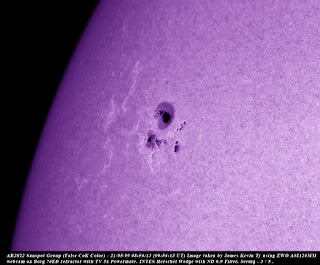 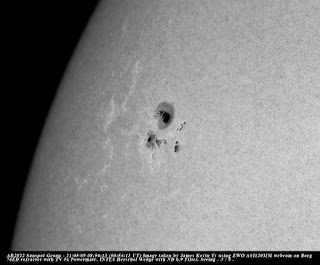 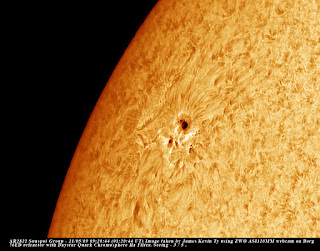 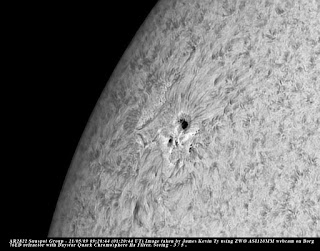 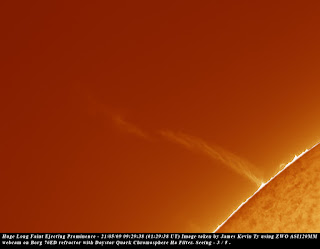 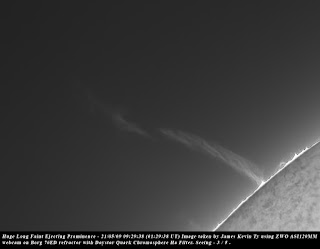 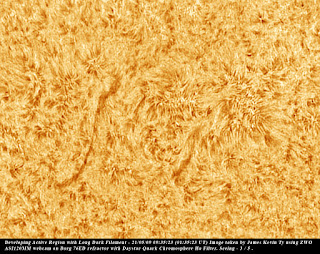 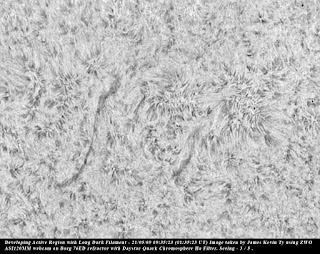