The sky this morning is clear but seeing is fair only at 1/5. As I peer through the eyepiece of my PST-Ha, I was able to still see 2 huge prominences as well as another large eruptive prominence ! Wow! What a day! I wasted no time to start imaging the Sun for fear clouds will suddenly popped out from nowhere and start covering Old Sol :) LOL

From my observation, the huge eruptive prominence that I got to image yesterday is starting to deteriorate already but is still very huge! 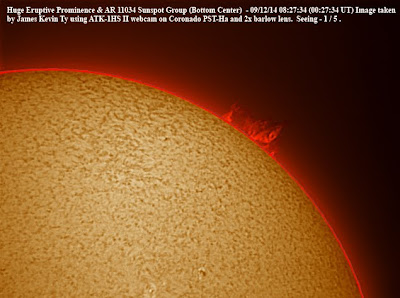 As for the other large eruptive prominence that I got to miss yesterday due to clouds, it has become bigger and is almost at par now with the size of the huge prominence I mentioned. 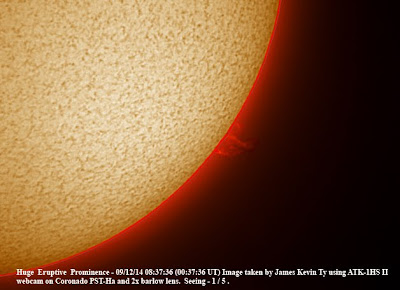 Also, AR 11034 Sunspot Group Region is still visible but is starting also to deteriorate as well. 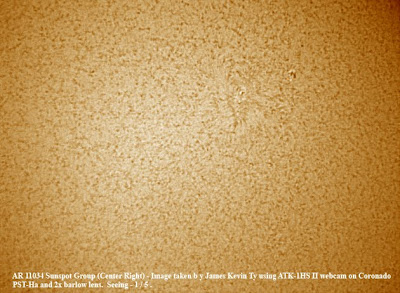 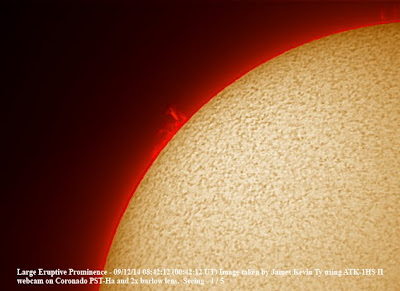 Unfortunately, I will be going out of town for provincial work so I would not be able to monitor them anymore till I get back on the weekend :(