The sky this morning was a bit hazy but seeing was surprisingly good. I was able to see a nice moderate size eruptive prominence as well as several smaller ones as well. AR11036 and AR11038 Sunspot Groups have decayed but their faculae stricture remains visible both in Ha light as well as White Light.

The good seeing didnt last long as after 30 minutes, seeing deteriorated and I was not able to get a high resolution shot of the 2 sunspot group in white light :( I was only able to get a whole disk white light image which shows both the AR11036 and AR 11038 as well as a "possible" new sunspot group that is emerging from the eastern limb. A big possibility this will be AR 11039 but we will know by tomorrow if it did grow into a sunspot group. 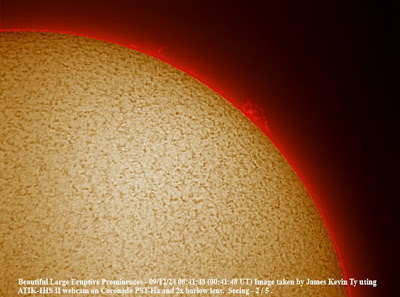 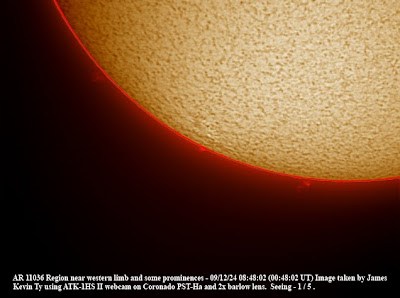 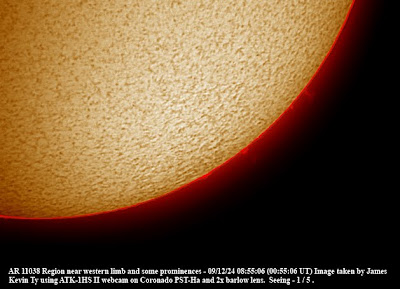 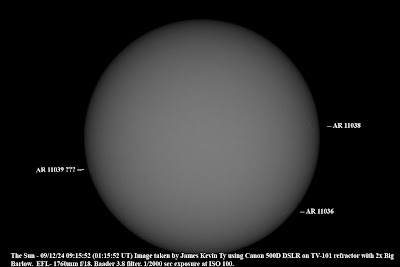