Last June 13, ALPers James Kevin Ty and Andrew Ian Chan proceeded to Caliraya, Laguna to try to recover Comet McNaught C/2009 R1 as they think this weekend is the best chance fir them to see it before it gets too close the glare of the Sun next weekend. Despite a very bad weather in Manila as well as an earlier news of some drizzle in the afternoon at Caliraya. They left Manila at around 8:30pm and arrived at the site at around 11:30pm.

The weather was hazy but most of the zenith object are clear .Milky Way region in the Scorpius / Sagittarius region was clearly visible as it stretched to the constellation of Cygnus! Unfortunately, Polaris was covered by clouds thus they were not able to do any serious astrophotography. James use that opportunity to use a binocular to observe the DSOs found in the Scorpius / Sagittarius region while Andrew use his camera on sturdy tripod to image the Milky Way with short and wide field imaging .

James brought along his new portable system which include Canon 500D DSLR on Canon EF 100-400mm f/4.5-5.6 IS L lens mounted on Kenko Sky Memo tracking mount. This is quite light and portable compare to the usual imaging workhorse that he uses over the years. Andrew, on the other hand, brought along his 80mm ED Skywatcher refractor on Vixen GP mount with Sky Sensor 2000-PC system.

While waiting for Polaris to appear, both of them took time off to get some rest and wake up at around 3:30am and saw Polaris faintly coming out of the clouds. They didn't waste any time and quickly setup their equipment. They scan the ENE area for the stars Mirfak and Algol as the comet was calculated to be between the 2 fairly bright stars of Perseus. With slight haze near the horizon that hamper their search for the comet, they were able to recover the comet roughly around 3:26am when the 2 helped each other out pointing to the possible location of the comet with the aid of a green laser that James brought. As James checked the image of the field that they think the comet is situated, they were delighted to see its small greenish glow with short faint 1.5 degree tail pointing upwards away from the east horizon. Unfortunately for them, the sky started to get brighter and brighter until they cannot image anymore because there succeeding images were all washout :( Nevertheless, they were quite satisfied with the session. 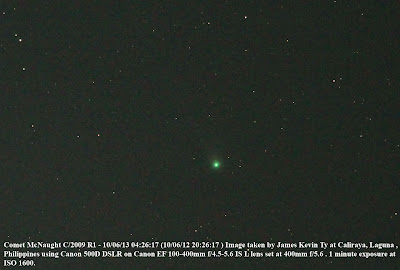 Comet McNaught C/2009 R1
As they were packing up their equipment, the nice Sun pillar was visible for them to image as well. They left Caliraya at around 6:30pm feeling satisfied that they were able to see Comet McNaught. 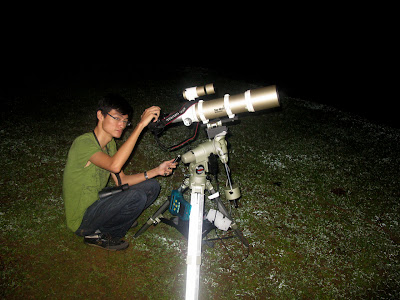 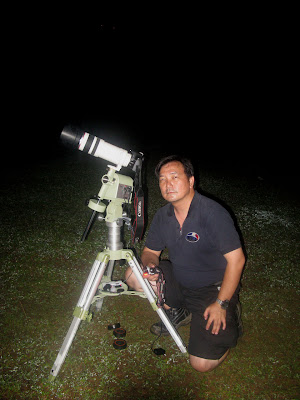 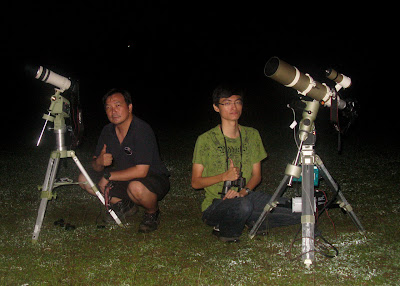 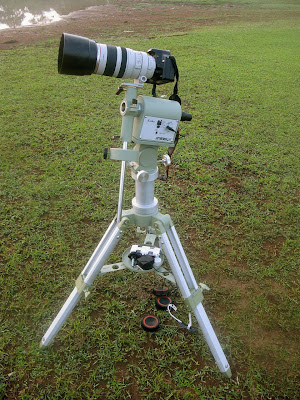 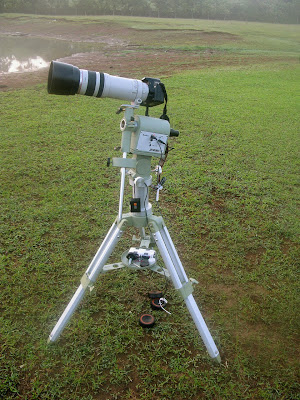 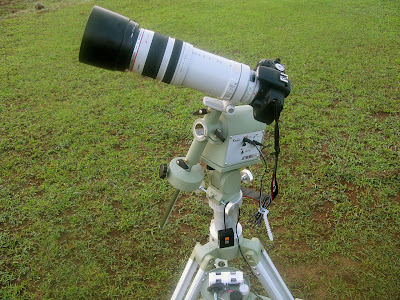 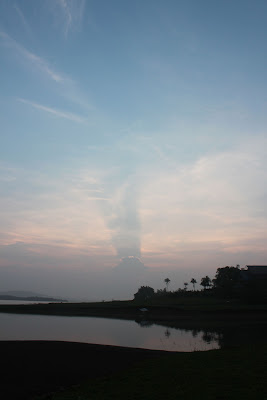 Anti-Crepuscular Ray (it's a dark shadow cast by a cloud against the sun's rays).

Nice shot! I have been looking for a recent photo and found yours. I hope to get up that early and see it!

Its only due to you people we are able to get many great pitchers, which can we never see.Skywatcher do a great job.