The sky this morning is really bad but I can still see some sunlight passing through thick haze so I thought of still observing the Sun to know what's happening on the surface of the Sun. AR11115 Sunspot Group is the most prominent subject that caught my eye first as a single circular spot. Further scanning hard through the haze reveal 2 more sunspot groups so I thought of dong the crazy thing of still trying to image them :) LOL Anyway, I thought..... what am I got to lose by doing that?

As I check the 3 groups through the monitor, it turned out that AR11117 Sunspot Group is the most active of the 3 groups instead of AR11115 as i earlier thought. It shows some internal activity inside the group. I quickly image the Sun through passing clouds thus preventing me to get an even illumination on the Sun's surface but for me, what;s important is to extract as much I can out of the image although of course the image won't be that great as that on a clear sky :) LOL Several groups of eruptive prominences can also be seen on the solar limb as well.

I also did try to image the Sun through white light but clouds and thick haze prevented me from doing further imaging for this morning :( Anyway, I will try to image the 3 groups as well tomorrow morning if sky is fair at least. 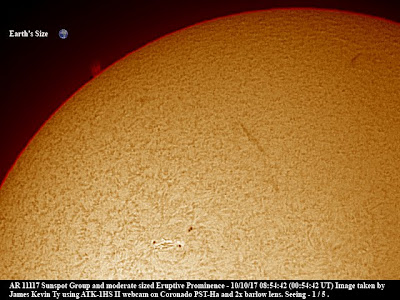 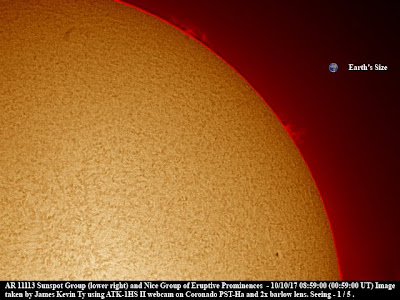 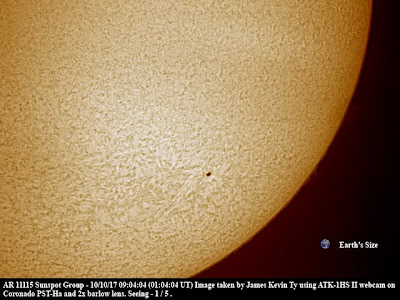