The sky this morning is very cloudy thus I got a hard time doing any imaging at all :( As I was all about to pack up and call it a day. I saw a small window that might let the Sun come out from the clouds for a few minutes.

After I got the prominence and and sunspot group, the clouds shut me down again and I pack up. Unfortunately, I wasn't able to image AR11117 Sunspot Group in white light because of the scenario. 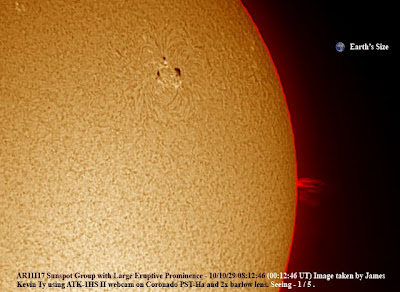