AR11117 Sunspot Group has shrunk in length but it now looks like a triangle group :) The main sunspot component of this group continues to grown in size thus making it very photographically appealing now than before both in Ha and white light wavelength :) I do hope that the 2 huge eruptive prominences will still be visible so I can make some comparison shots of them to today's appearance. 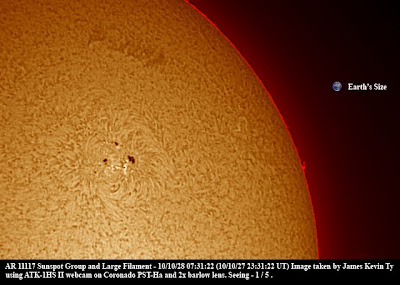 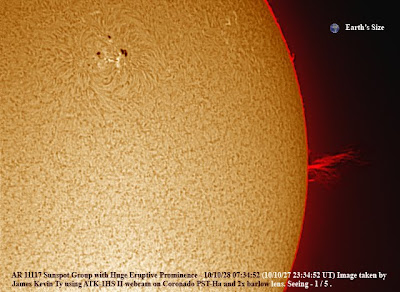 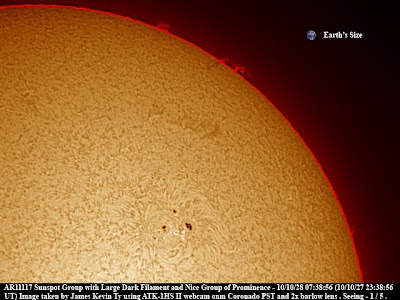 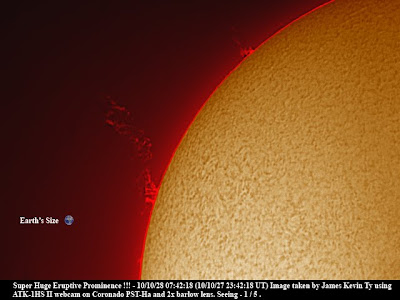 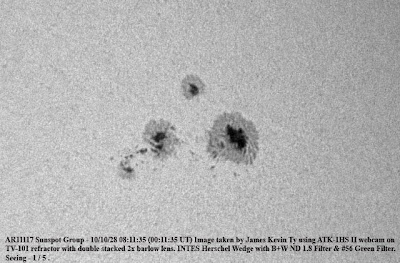