The sky this morning was partly cloudy but there are some thin haze for me to get some images of the Sun in a hard way. I had to wait for about 20 minutes before I could fire my first shot :) LOL Seeing was fair though.

AR11117 Sunspot Group is really growing and now has two big spots in its group as well as a trail of small sunspots :) In Ha light, it also shows lots of solar activity inside its core. AR11113 Sunspot Group can still be seen about to exit to NW limb. AR11115 Sunspot Group, on the other hand is also nearing the SW limb but a huge eruptive prominence is also visible in this quadrant thus making it more lively and interesting rather than a dull AR11115 spot :) 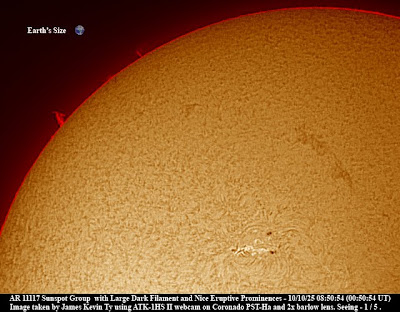 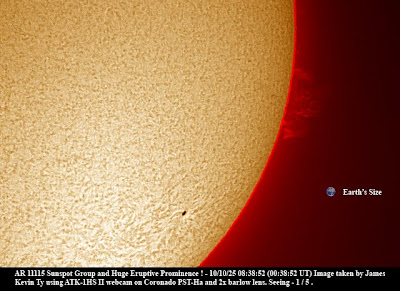 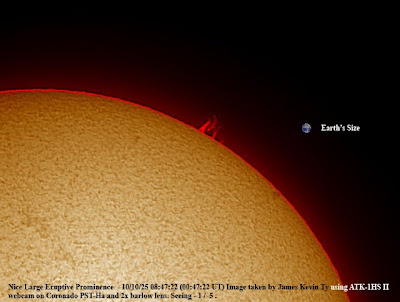 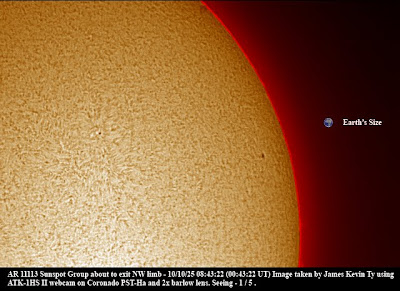 Aside from imaging through H-Alpha light today, I manage to get a quick shot of AR11117 Sunspot Group in high res white light wavelength before I got clouded out thus unable for me to image the other 2 smaller sunspot groups as well as whole disk. 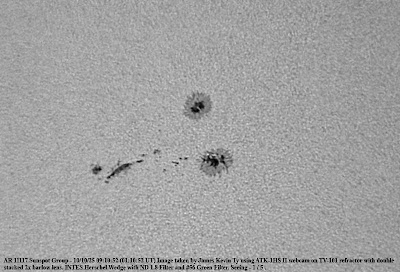