The sky this morning is fair with fair seeing. AR 11045 Sunspot Group is nearing the NW limb with its central structure almost decayed except for the 2 main components :( AR 11046, on the other hand exhibit nice structure both in H-Alpha and white light wavelength. The 2 dark filaments that were visible the opther day can still be seen near AR 11045 Group. Newly emerging AR 11048 can now be seen more clearly near the eastern solar limb than that of yesterday. AR 11047 Sunspot Group is not visible anymore in white light but still show some faint activities inside its core.

As for prominences, some nice eruptive prominences can be seen near the location of AR 11045 as well as some smaller prominences scattered around the limb. 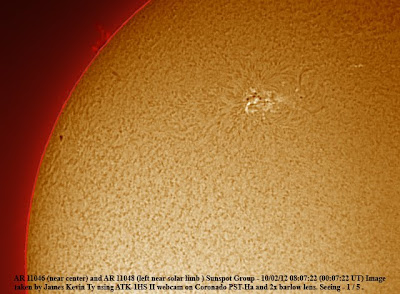 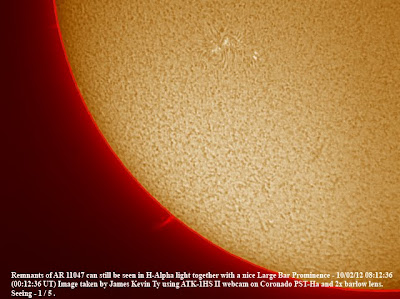 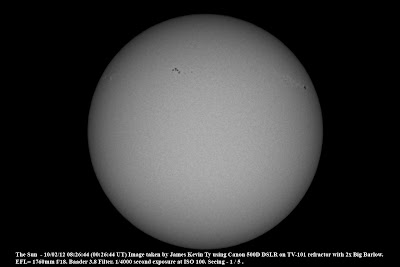 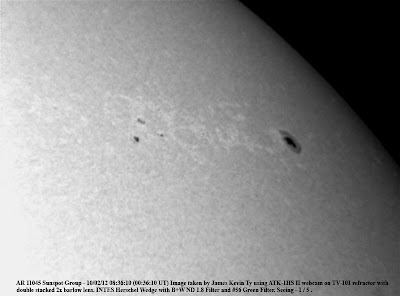 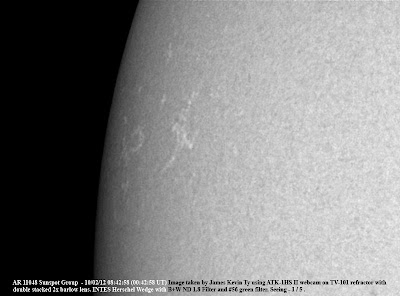