The sky this morning is a bit hazy and seeing was not that good but since I was monitoring yesterday's large eruptive prominence's condition, i proceeded with my solar observation but only with the PST-Ha setup.

AR 11049 is till visible although it seems to be losing its activeness and today's center of attraction are focused on the 2 huge eruptive prominences visible in SE and NW limb! The SE prominence is the same prominence as that of what I took yesterday and is starting to recede back to the solar limb again . The NW limb's large prominence is new and beautiful as well. 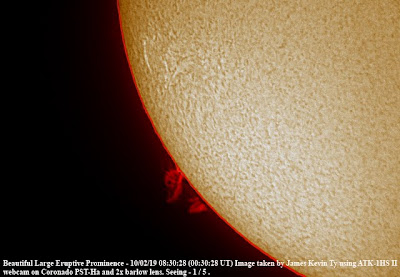 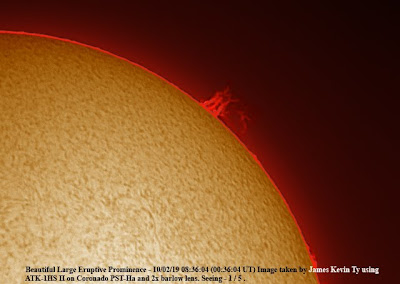 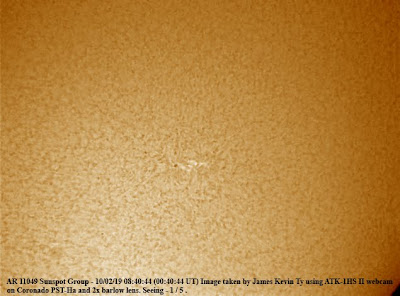