Hello:
The sky this morning is hazy and seeing was a bit poor! Nevertheless, I still proceeded tom image the Sun. In H-Alpha light, AR 11045 still show some good activity still as well as AR 11046. Unfortunately, I overlooked my yesterday's solar image that AR 11047 was in the SE limb thus I forgot to image it today :( Two nice eruptive prominences can also be seen near the NE limb near AR 11046. 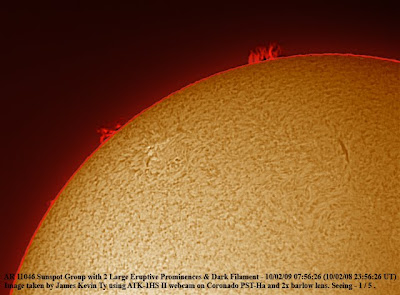 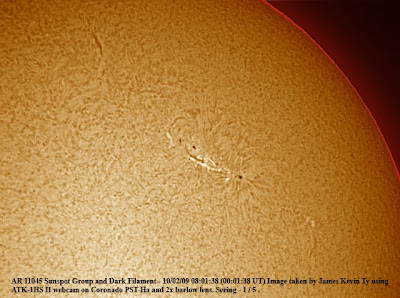 In white light whole disk. I can see the 3 sunspot groups while in the closeup shot of AR 11045, I notice the group has grown in length a bit but the central portion of the group is starting to decay so I'm expecting tomorrow the middle part of the group will have lesser spot at the middle portion :( 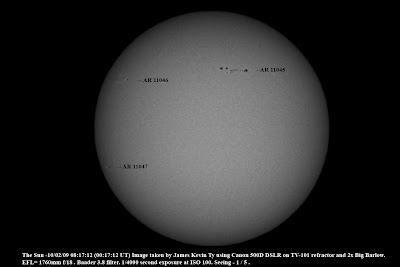 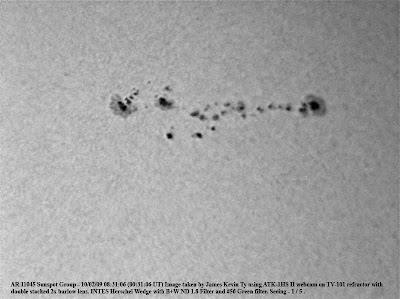 AR 11046 shows nice faculae region but the group has only a few small spots only so it might not last too long IMHO. I will try to image AR11047 for sure tomorrow. 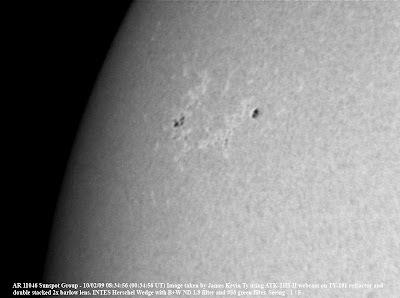