AR 11050 Sunspot Group is exiting the western limb while AR 11051's activity also seems to settle down a bit compare to yesterday's activity.

As anticipated, we got a complete "sunspot month" as we ended February with a complete month of at least one or more sunspot visible on the Sun's disk :) Yahoo! 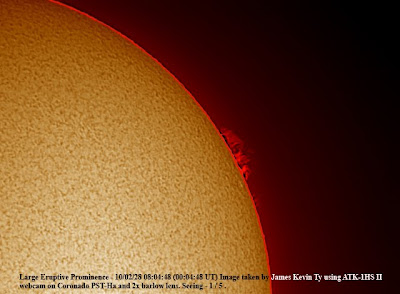 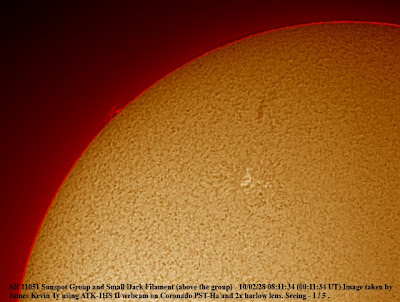 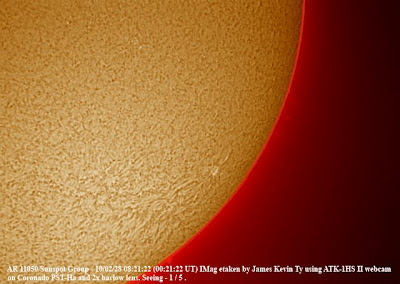