I wake up late this morning and saw the sky a bit cloudy :( Although there are some breaks in the clouds, I manage to image the Sun with the PST-Ha. AR 11045 is now near the edge of the limb and AR 11046 had decayed a bit to but still show some small activity inside its core. :( Traces of AR 11047 mild activity can still be seen and near 2 large looped prominences. Possible AR 11048 didn't materialized into a sunspot group but there is another possible active region coming out of the NE limb again so maybe this time, it will finally be designated as AR11048 :) LOL 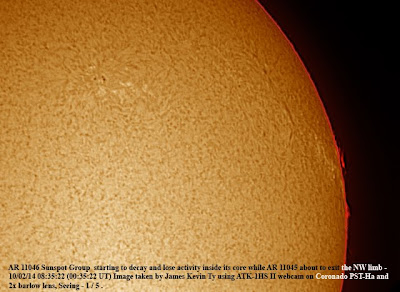 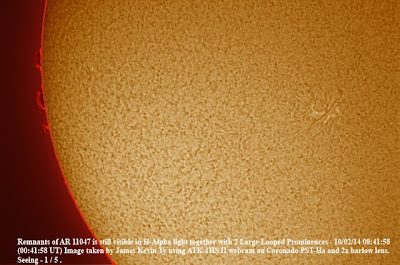 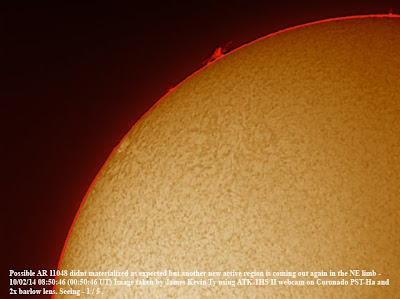 As I setup my white light scope, clouds started to cover the sky and I had difficulty imaging the active regions at high resolution although I got to image the whole disk as well as AR 11046 through small opening in the clouds. 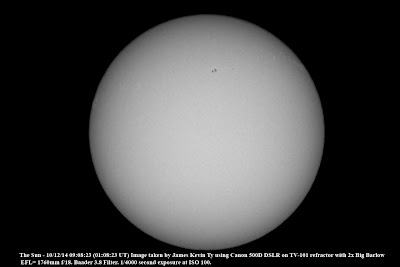 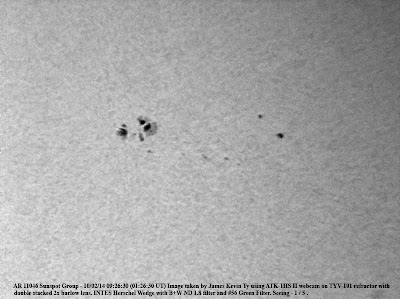 BTW, today is Valentine's Day as well as Chinese Lunar New Year and I will be joining ALPers to do a free public stargazing session in celebration of National Astronomy Week 1020 at Rajah Sulayman Park in Baywalk, Luneta! :)