I was able to image this morning after getting clouded out yesterday. Sky is good and the seeing is ok. Through the PST-Ha, AR 11045 and AR 11046 are a joy to look at and with 2 dark filaments beside AR11045, it was very magnificent! AR 11047 has decayed almost totally but some trace of activity can still be seen in its region. I was able to detect a possible new active region that is coming out of the eastern limb almost at the same latitude as AR 11046. Will monitor its progress tomorrow as it is still near edge of the limb. 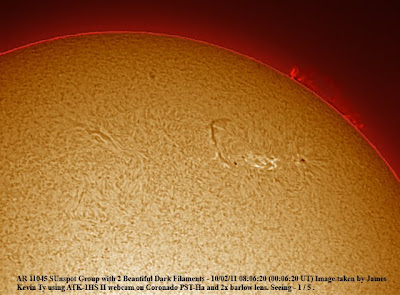 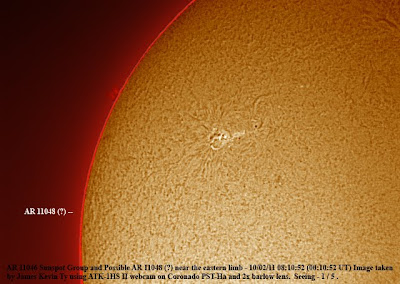 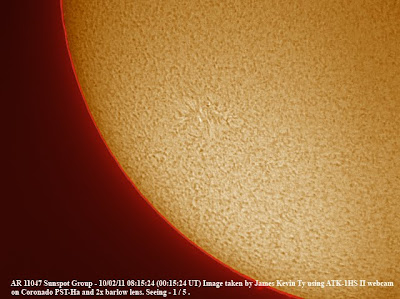 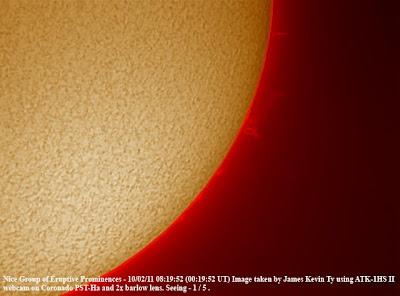 In white light, AR 11045 is still very large but has almost lost all its central core components except for a few spots. AR 11046, on the other hand, is starting to grow in size and structure. Unfortunately, AR 11047 has decayed totally and only faint trace of faculae can be seen. 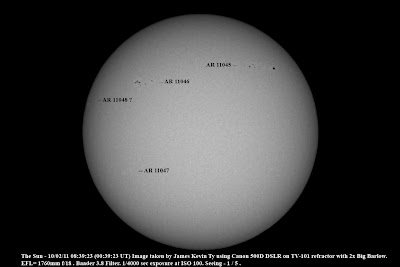 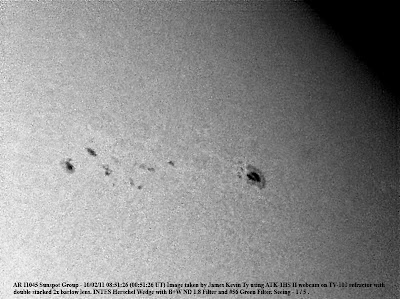 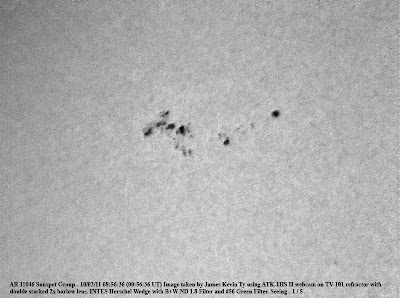 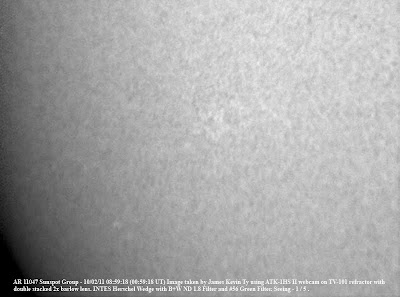 Overall, there is a big probability of having 4 sunspot groups on the Sun tomorrow and it will give us an idea what to expect on the Sun's active resurrection for the start of its solar maximum activity this year. :)