Afterwards, I scan the solar surface for any solar activity and I was surprised to see a small sunspot group visible near the eastern limb, could this be AR 1004 Sunspot Group? The group appears as a small dotted line and with bright whitish solar flare beside the group. Below are the images that I took of the group as well as the faint large eruptive prominence. 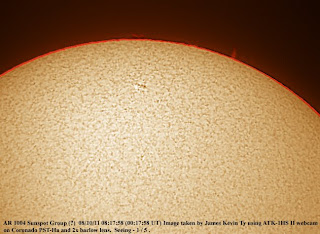 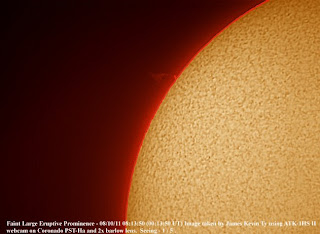