The sky this morning is ok and seeing is also fair. I was able to view several huge eruptive prominences in the NW and SW limb of the Sun! AR 11050 can still be seen nearing the western limb while AR 11051 continues to show nice activity inside its core.

The Sun is starting to be active again as for the month of February, there are sunspots on the surface of the Sun and with only one day left in February with both AR 11050 and AR 11051 still visible, this will be a record of sorts for these past years as the last time there was a complete "sunspot month", meaning there is at least one sunspot group visible everyday for the whole month, it was way back in January 2007! Gee, maybe in 2011 or 2012, there will be more "sunspot months" on a regular basis. IMHO. 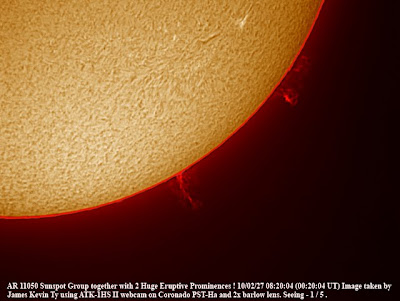 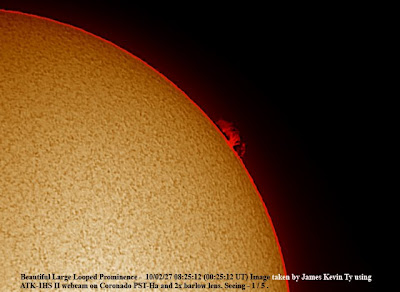 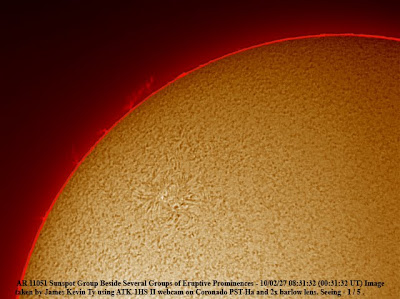 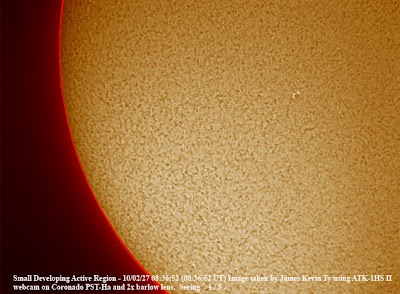