AR 11057 Sunspot Group is at the edge of the NW limb so its good bye! AR 11059 is still visible but uninteresting and might be quite a bore if not for the nice dark filaments beside it. Aside from the huge prominence in the NE limb, there is a possible active region developing in the eastern limb near the huge prominence. Who knows ? This might give us another good solar observation this week :)

I image also AR 11057 in white light as parting shot for this nice sunspot group. 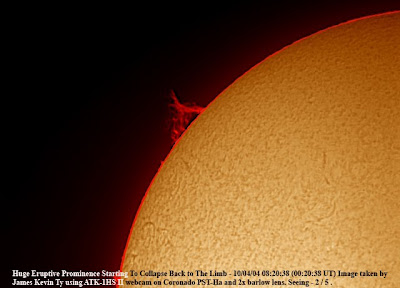 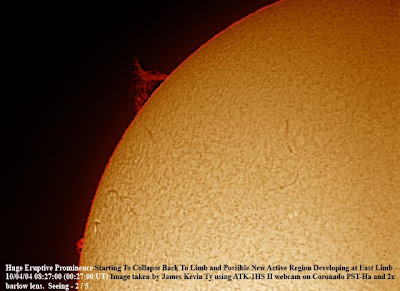 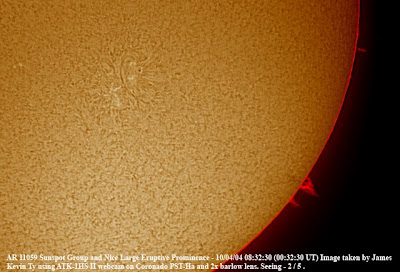 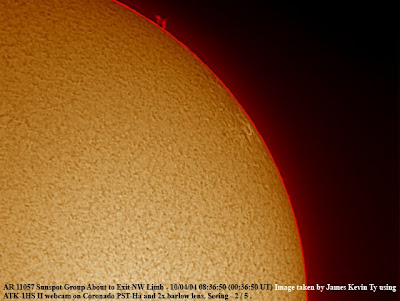 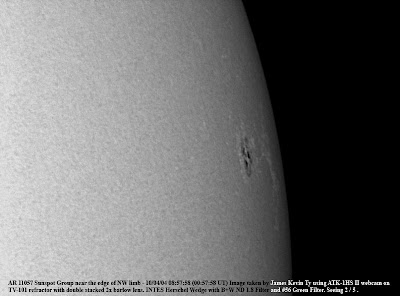