I wake up a bit late this morning and saw the sky a bit cloudy. With a small window of time for me to do much solar imaging, I still proceeded to setup and try to image the Sun specially AR11117 Sunspot Group, which has grown more complex in structure with an additional main spot inside its group, and the huge eruptive prominence that was visible yesterday in the SW limb. Yesterday's large dark filament is still visible near AR11117 Sunspot Group :)

To my delight is the visibility of another huge eruptive prominence that is visible in the NW limb in the same quadrant as departing AR11113 Sunspot Group.

Lastly, I attempted to image AR11117 Sunspot Group in white light again this morning but I ran out of time as the Sun already got obstructed by the roof :( Although I was able to glimpse it a while and saw its beauty. Maybe I will try my luck again tomorrow and probably image in white light first before doing Ha light :) 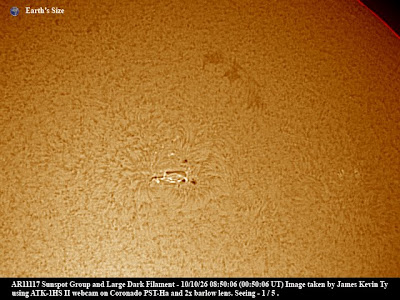 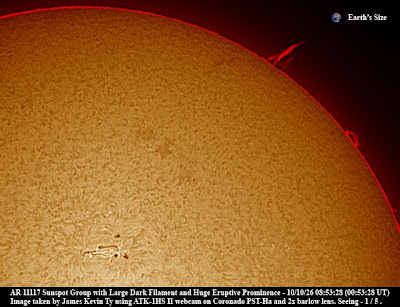 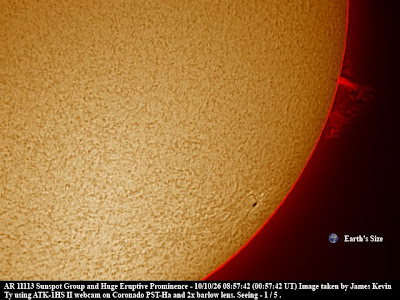