The sky this morning is clear and I was able to observe the Sun and saw AR 11041 near the eastern limb. AR 11041 is the previous sunspot group AR 11039 which manage to survive to re-emerge from the eastern limb. The group has a nice faculae structure as well as umbra and penumbra feature. The seeing was a bit ok so I was able to image the Sun in both Ha and White light wavelength.

In Ha light the sunspot group doesn't possess that much active region compare to the AR 11040 which had exited the western limb last week. Nevertheless, we will know if this group will show up more activity in the days to come.

Aside from the AR 11041 group, several beautiful large eruptive and looped prominences can be seen across the Sun's limb. 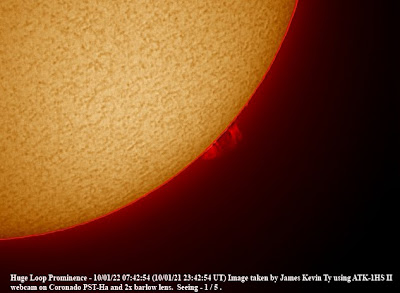 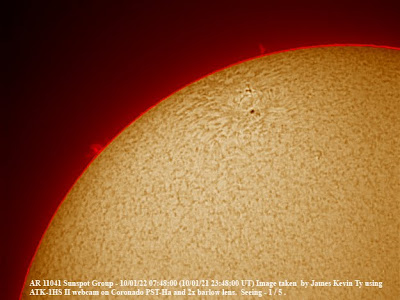 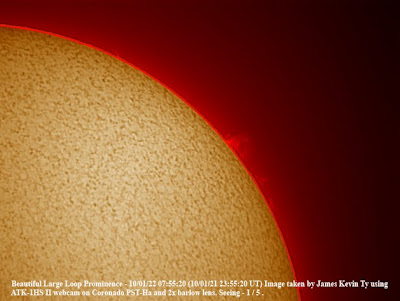 I try using the ATK-1HS II webcam this morning to test its image quality compare to using my 500D DSLR in shooting closeup shots of the AR11041 in white light. I find it easier to image with the webcam but I had to stack 2 pcs of 2x barlow to get a bigger image of the sunspot group. IMHO, the image scale is still too small for me and Im considering buying again the TV 5x powermate again (for the 3rd time) to get higher magnification. The resolution is good but the noise IMHO is the poor factor compare to the 500D higher resolution image. Nevertheless, it is my first time to use a webcam for solar imaging and I might be proven wrong in the days to come. 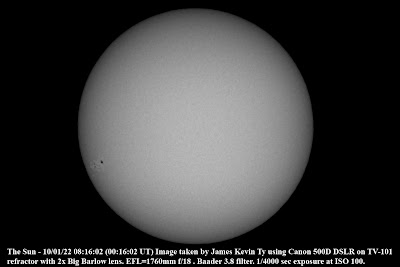 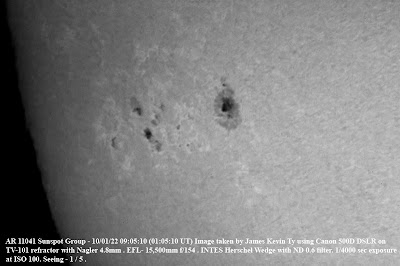 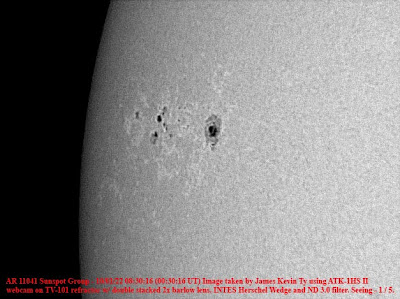