Got to wake up early this morning and the sky was clear but the seeing is not that great though. I started off with white light observation and imaging and continue to monitor the active region near the eastern limb. That region has rotated a bit to show its faculae region which was a bit easy to see . Unfortunately, no sunspots have yet develop on this region so the AR 11039 designation need to be halted until some sunspots will develop in the days to come. But from my previous experience on solar observation, there is a big possibility it will get designated in the days to come on this region.

AR 11036 and 11038 can still be viewed with a bit difficulty because it is in the extreme edge of the western limb already but if one check my whole disk image, it is obvious they arfe still there :) LOL 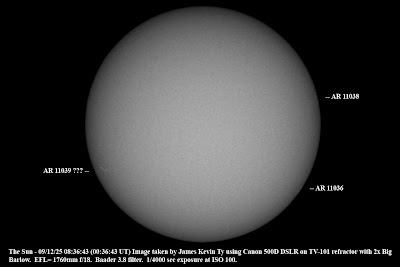 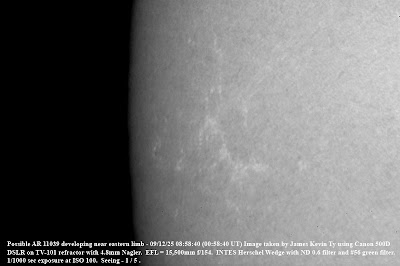 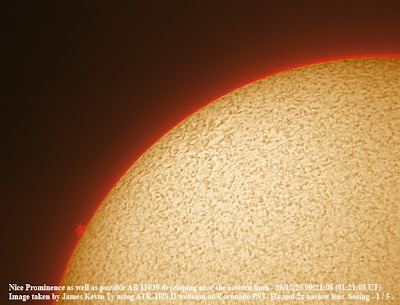 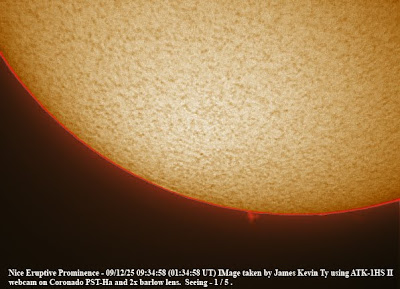