The sky this morning is ok and seeing is again fair. AR 11045 Sunspot Group had deteriorated already but in Ha light, I could still see some small activity as well as a nice S shaped Dark Filament behind the group. A large eruptive prominences can also be seen near the group in the NE limb.

AR 11051 has also shrunk and activity even in Ha light is also very minimal :( But AR 11052 and AR 11053 Sunspot Groups , although small in size, are very active with lots of bright plages as the 2 groups are near the SW limb already.

Overall, activity in the Sun is starting to calm down a bit in terms of number of large eruptive prominences compared to 2 weeks ago. 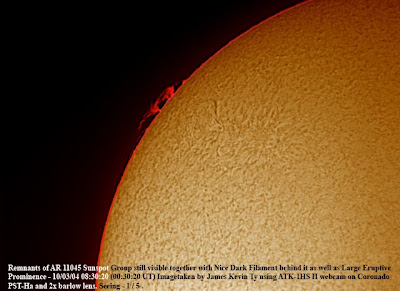 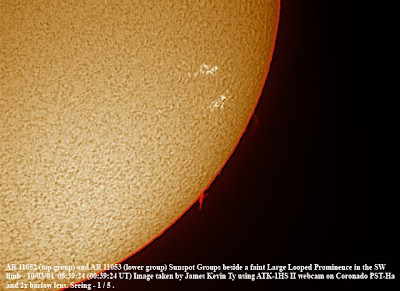 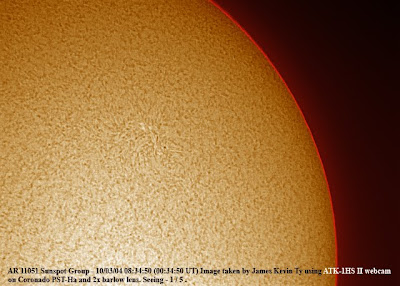